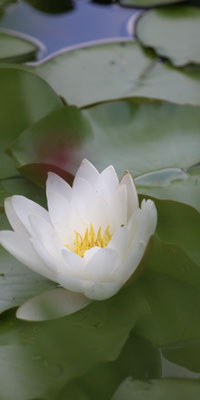 Magic life – Connect to the new, balance your everyday reality

The symbol of the workshop is a lotus or waterlily, as it rises from the mud. You shall also rise from the chaos and destruction of the virus and the rests of the 2012 shift to flower and to blossom. You all create small paradises around you. Most of you have done it well but you did not connect your paradise you have created with your own mundane reality of the world. The energy of your paradise does not flow freely to your everyday reality. 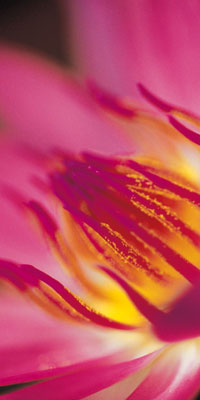 We ask you what is your heart desire? Until now, you have been creating, but the pace was slow or rather confortable. From now on it will be fast and active. You need to put focus on what you want and it is an uttermost importance, that you put focus on the positive and joy-based outcome.

Until now we would say not fear-based, now we emphasize JOY-BASED. Joy will be the key word for the next ten years with the start of now. Joy brings light, light brings power, and power brings happiness and beauty. And you want to walk in beauty, don’t you?
If you fill yourself with light and joy, it will spill over to everyone around you. So every time you experiencing hardship, you just open yourself for light, life, and joy and everything will take care of itself.
This is service, the most important service you can do for humanity and the Planet. 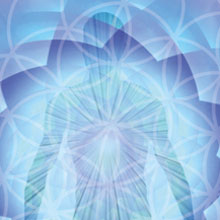 Look what is your heart desire? If you do not know what makes your heart happy you cannot create it. Wealth and opportunities has nothing to do with your ability to create. Knowing your heart desire has. If your heart finished to whisper to you what makes it happy then your heart can be injured by grief or hurt or by fear. You have to heal it before you can create outside of the mind-set you have.

All of you humans are hurt in some way in your heart, that’s why almost all the meditations are starting in the heart. Examine where has your heart been hurt which aria of your life you are limited to create what you desire. Is it relationships, prosperity, work? Only you know the answer.

You can start by healing your heart and making a magical commitment/bond between you, Earth and your soul to follow your heart desire and live life accordingly. So you are building a trust between your will and your heart.

Magical agreements connect you to the life force and give the universe possibility to take you further. Because a magical commitment is working together with the life force of the Planet you will harvest more joy and growth out of your commitment, because the essence of the life force is joy. 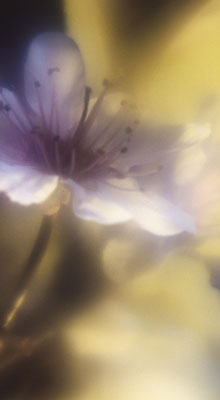 The heart is important more than ever. When big things are happening it is easier to be kind and focus on the heart. Meanwhile it is difficult to hold that energy in the long run, but that is your work now.

The Earth is moving into a bombardment of cosmic energy field, an energy field of light from the highest source. This is challenging for you in different ways; one you are confronted with energies from people who are not willing to resonate with the new energies of Earth and with the path humanity has chosen. The other is your own physical and mental evolution. The energies help your physical and mental environment to update itself for a lighter and more multidimensional reality. This is stressful for you on all levels. It is stressful to engage in society, doing your daily chores meanwhile your body needs more rest and your mind and soul is reacting to the energies, to the other realities you are not fully aware of just yet.

That is why it is god if you are kind you yourself and to others, to all humanity even to those who are definitely not following the path of the heart. We do not mean that you invite everyone for coffee and cookies, and give a hug to IS members. But do not allow media manipulating you to send them rage and hateful thoughts. It is important to make a differentiation between a person and his/her actions. The actions may be horrendous but if you are bombarding the person with negativity you are creating a channel between yourself and the person. We want to point out in this battle everyone is giving them ground, if they are engaging in the thought forms of we and them, black against white, good and bad. The right approach is: to hold your integrity, your belief in the higher good, in humanity. Hatred does not take you anywhere just to the battlefield between good and bad. And as soon you are there you must engage in the battle and get entangled in karma.

We say to you that this battle has already been wan by the good guys. Earth and the humanity of the planet has chosen and they have chosen evolving beyond isms, dogma, hatred and we and them thinking. The soldiers of the past on both sides of the battle have not realized this yet and want to trick many of you into the old dramas. The media is used to see the world as the battle of good and bad, so they are reporting and become the tools in the manipulation. So hold your grounds your values of the higher good, the love of this planet, you call home. Hold your light with integrity, like a beckon, like a lighthouse so others who are lost find refuge and safe haven in your calm waters.

Compassion with integrity is a rare commodity in your world. You all think you have it but because you rarely have integrity your compassion is mixed with pity and self-denial. The combination of this and that many people believe they are victims are a bad combination and hindering you and others to grow and take responsibility for their own actions and choices.

On the personal level leaves you drained of energy because you feel you owe people or society engagement, energy, attention and time. While in fact you do not owe anyone anything. This feeling of owing hinders you to open your heart and give without expectations or you yourself expecting people to give you. This is a vicious circle, which needs to be broken. In the beginning your surrounding will maybe think of you as a heartless person because your reactions will be different than before. But they will experience the ease when you give without expectation and the ease around you, which allows them to make their own decisions without considerations to anyone and taking responsibility for their own destiny. You will also receive tremendous amount of energy, which today is bound in your feelings of owning something to someone or expecting something from someone.

Your world on the planetary level needs this energy, this thinking. So the work you do on the personal level will also influence the global environment and will hinder people to go down on the slope of giving up their power instead of taking their own life in their hands and creating a better and more prosperous future.

Dark Moon – New Moon
New moon, new time, new hopes; this is true with every new beginning. You can evaluate your life your activities and start a new. This is true of every second, but certain moment is better than others.

The new moon (dark moon) is a perfect time to look at your life, at your activities and connect them to a higher platform. Most of you usually decide when the year is turning, that from now on you will live a different life, and as most New Year resolutions vanish in to the thin air as February and March approaches. We are suggesting, instead of making a total new life, connect your present life situation to higher energies, to a higher truth. You can use different technics to do this, Soul Body Fusion (från Jonnete Crowley) is one or the energies of healing, but the simplest technic is to sit down in a quiet meditation.
Ta del av meditationen på Connections hemsida under Listening room > 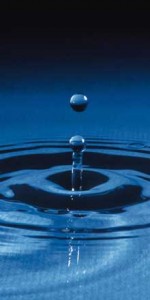 The movement of time and the stand still of NOW

You often see time as a flood that flows from you. But if the truth to be told, you are standing still in the NOW all the time. Time is a sum of presents. It is more like a circle drawn on other circles. So you are always in the middle of the NOW. You focus in other hand is most of the time is on circles you have experienced or will be experiencing in the future. This behaviour has to do with control of your life and it is a self-deception. Because you have less control when you are focusing on the past or the future than if you would be focusing on the present.

It is like a football payer who during the match is thinking about previous matches and coming goals but not what he supposes to do on the field – playing football.

This is because between the end and the beginning is the NOW, where you have total control and that is very frightening. So you are all hiding away in the past and in the future.

To be in the now is to take your full responsibility for what you are thinking, doing and creating. People who are hooked on to extreme sports love it, because the extreme situation challenges them to stay in the present, in the NOW. If they leave it they may fall down and die. We do not suggest that you should take up mountain climbing but to be aware of when you are travelling down “memory lane” or future daydreaming. Many of you are visualizing your future, which was surly working in the past but the NOW is demanding more hands on creation skills.

So how to stay in the NOW?
One skill is to move your focus forward but not to the distant future of eternity, years or months. Of course if you are planning a holyday you have to make plans months ahead but for that sake you are not dwelling in the future, you make the necessary decisions and act accordingly, buy your ticket book your hotel, but do not dwell on what would happen when I get there or if it is a god hotel or right flight. If it is not you change it when you are there.

So you move your focus a couple minutes or hours ahead and back to the now. So you always know what is happening around you but you are not stuck on any circle of time. It is like driving a car you look ahead and behind but you not staring on the road in front of you only.

This also allows magic to happen, because you are not holding on to expected images or outcomes but you are aware of what is going on around you. You are often expecting certain outcome of situations, for the last meeting you were on was dull, so this will also be. It is in horrible place so there I cannot feel anything good. So your presumption forces the reality of the now into a place of your expectation. The place become horrible the meeting dull and you do not get what you really want.  So clean your mind of assumptions an expect miracles.

Every person have the possibility to change his or hers life by
being present in it.
Integritetspolicy